The magnificent Lerici Castle rises on a rocky promontory overlooking the Bay of Lerici and is considered one of the most impressive and beautiful fortification in
all of Liguria.

Due to its location in the Gulf of La Spezia, it has a rich history of disputes between the naval powers in the Mediterranean during the Middle Ages, evidence of which can be found in the inscriptions still legible at the Castle's entrance. 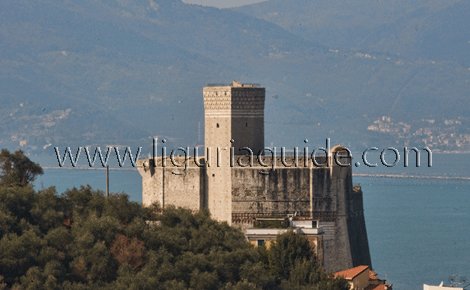 The magnificent Castle of Lerici

Lerici Castle has an irregular polygonal plan and is surrounded externally by
a truly massive curtain walls dominated by the impressive size of the east corner tower. 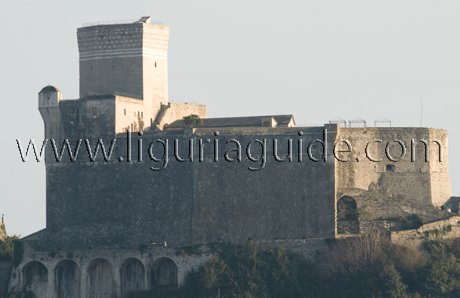 The Castle’s initial structure was built in 1241 while Lerici was occupied by the Pisans and later extended and reinforced as its role developed during the rule of the Genoese. The evolution of the complex structure of the castle can be summarised in three key stages of construction :

The first phase is referred to as the Pisan domination. It was the Pisans that began construction in 1152 of the oldest structure of the castle - its pentagonal tower. 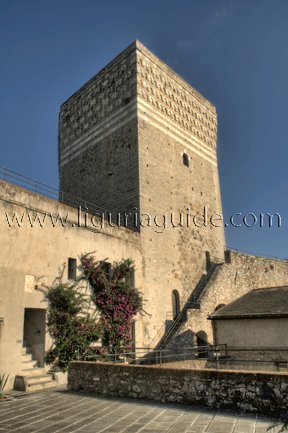 The tower of the Castle 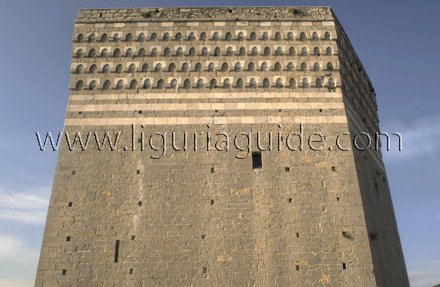 The tower up close

This was then followed by the formation of a rectangular body around the tower divided into four small cells that began to give shape to a real castle and today form the middle floor of the castle.

This period also includes the construction of the small Chapel of St. Anastasia which is preserved to this day. It was built in a Ligurian Gothic style and decorated with the typical for this period two-colour scheme of black and white marble.

The second phase begins with the recapture of Lerici by the Genoese in 1256. During this period the tower was strengthened by building the walls surrounding current north-west side. As well as, it marks both the completion of the Chapel
and the entrance that leads to it. 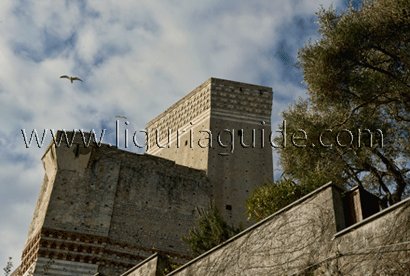 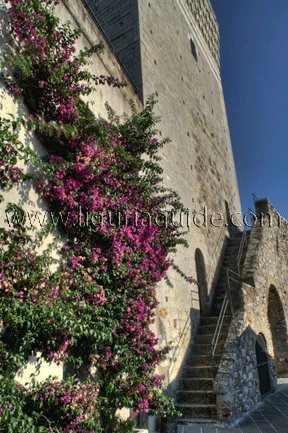 The third phase began in 1555 and consisted of the completion of all the fortifications resulting in the current shape of the Castle and let to reinforcing the Lerici Castle’ strategic importance on the eastern border of Liguria. Today the Castle affords great views over the Bay of Lerici

The modern history of the Castle is quite interesting too. Throughout the 1970s and 1980s, it housed a very popular Youth Hostel on its second floor. The manager of the Hostel was affectionately know as Madi – a colourful and strong personallity who also happened to have been a partisan during the WWII and used to lead the annual procession through Lerici on May Day. The Hostel was moved when renovations of the Castle began in 1997.

Nowadays, following the extensive restoration thanks to funding provided by the EEC in 1997, the Castle is also the home to a Museum of Palaeontology founded after the discovery of reptile fossils in the area. The Castle hosts the Museum of Palaeontology

The museum is considered unique in Europe not only because of the scientific findings it offers but also due to the exhibit technology that it uses. The Museum exhibits are housed in the halls and the courtyard of the castle.

The courtyard houses, for example life-size reconstructions of the most
representative types of reptiles that lived in the area about two hundred million years ago from the imposing Pareiasaurus Dilophosaurus and the giant Ceratosaurus Vulcanodon to small predatory dinosaurs. Not to be missed is also the Hall of Earthquake Simulation, which is unique in Italy.

The castle can be reached from Piazza Garibaldi, walking along the town’s port and the characteristic tower-houses, or the elevator, situated in a tunnel near the Galata. For more information on getting to Lerici, visit our Lerici Travel Resources  section.


View Lerici in a larger map