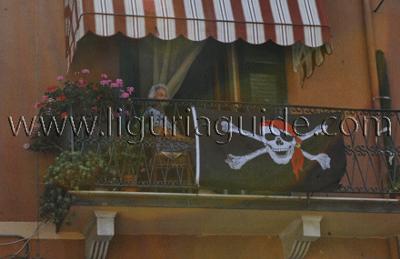 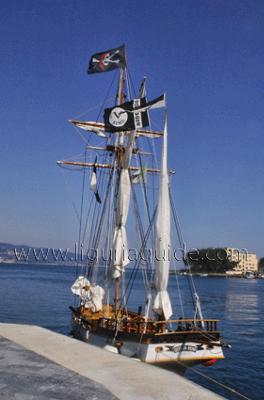 On June 25 Cadimare will transform into a true pirate’s den. Every street and alleyway will be decorated in the theme, while in the squares and bars of the village, you can encounter over a pint of rum pirates the likes of Long John Silver, Henry Morgan, Blackbeard, Jack Sparrow and many other characters that we are used to just read in old pirate books.

For one night though anyone can dive into the atmosphere of the village and become a pirate themselves, ready to witness the historic struggle against the assault of the pirates attempting to take over the village armed with swords and guns aboard the ship "Quinto Remo", while the villagers are trying to hold them off with cannon shots from the mainland.

It will be a lively evening with lots of music and entertainments including fire-eaters who will perform in the streets of the village. To accompany the event there will be lots of delicious local dishes and drinks of any kind to satisfy the palates of young and old pirates.

Return to Jun 2011 Events on LiguriaGuide.com.