There are so many current events in Liguria and Italy in July 2013, that we have decided to dedicate an entire section to covering from the national holidays in Italy  to local festivals, musical events and cultural gatherings. So if you are visiting Liguria and Italy, and wondering what to do - look no further... 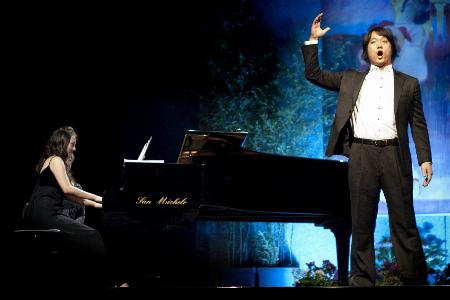 You can announce your events here too - for free! Whether it takes place in Liguria or elsewhere in Italy. All events in July 2013 are listed below.

For more current events in Liguria and Italy, visit :

Back to Current Events in Liguria and Italy Home Page

San Rocco di Camogli has been hosting the Sagra della Capponadda Festival since 2002.

Capponadda is a local speciality dish based on fish and a very hard biscuit called 'galletta del marinaio'. These biscuits are so hard that they cannot be eaten without first being soften by spraying them with water.

Next they are broken into pieces and mixed with capers, tuna, salted anchovies, olives and fresh tomatoes cut into small pieces. All the ingredients are then mixed together in a kind of a salad that is dressed with olive oil, salt and oregano.

Throughout the month of July you can enjoy the music events organised under the Rassegna Jazz Golfo Paradiso Festival.

A moving ceremony is held on the beach of San Fruttuoso on the last Sunday in July each year when a torchlight mass is held to commemorate all those who have lost their lives at sea, with divers placing crowns of flowers at the foot of the underwater Christ statue.

Throughout the months of July and August you can enjoy the classical music concerts organised under the Estate in Musica Events.

Concerts in the Abbey of San Fruttuoso

The Abbey of San Fruttuoso is such a special place and throughout the months of July and August you can enjoy music concerts held on its grounds.

Look Up Events In Liguria and Italy In 2010

Look Up Events In Liguria and Italy In 2011

Look Up Events In Liguria and Italy In 2012