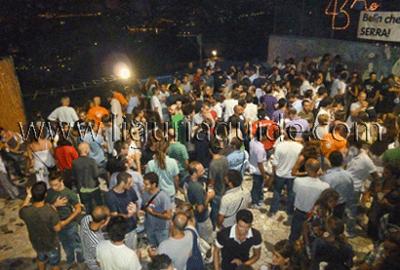 La Serra, The terrace of Circolo ARCI during the sagra

The festival spills through the streets of the village 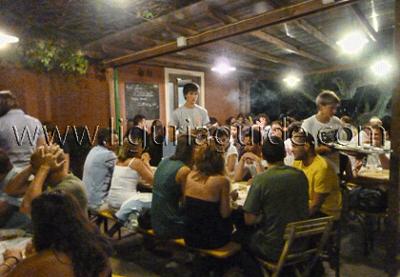 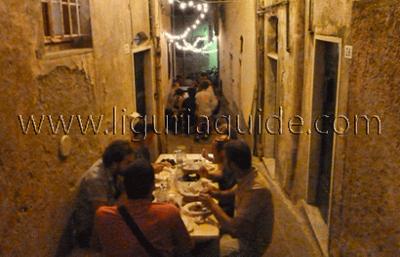 La Serra will host the Festival of the Snail ( La Sagra della Lumaca) between August 27th and 29th, which takes place every year and coincides with the celebration of St. John. It is the oldest festival of the province and is in its 43rd editions this year. You will be treated to local snail specialities but also to the many other seafood delicacies, local products, and accompanied by lots of music and dancing all evening.

The festival will take place on the terrace of Circolo ARCI but it inevitably spills over to the nearby streets of the town...

Return to Aug 2010 Events on LiguriaGuide.com.